Mount September was a sovereign nation located in the -,+ quadrant. It was founded as a spiritual successor to the now defunct Mount Augusta. It seeks to preserve the openness and culture of Mount Augusta albeit as a fresh nation and not an identical copy. The city proper of Mount September occupied the northern half of an island formerly settled by the Maltovian territory of Compton. After CivClassic 2.0, the Mount September community remains active in Discord. 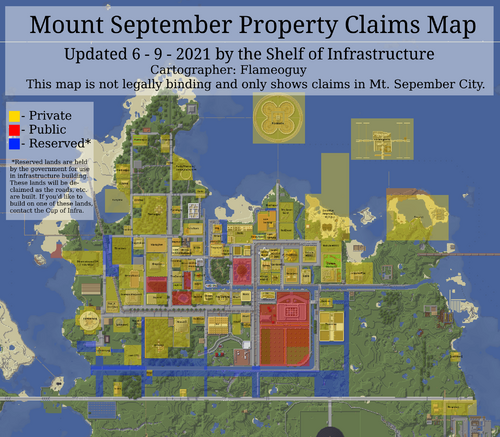 Another debate was the legal one: the Mount Augusta constitution was deemed by some to be too complex and stale, so a change was seen as necessary; there was some doubt as to whether it would be better to write a new constitution from scratch, or condense Mount Augusta's into a more friendly format. The r/MountSeptember subreddit was banned on September 3rd 2020 (The "sunken park" was built in honor of this event), and the former was deemed as a better alternative. The original constitution was drafted by AllenY, which after a brief revision period was ratified on October 5th 2020.

On October 22nd 2020, the Mount September Mall officially opened, and was followed six days after with the creation of a local currency: the septem ($), worth seven diamonds, and its subdivision, the yiseptem (￥), worth 1/64th of a septem. The MtS Mall slowly but surely grew and now includes over half a dozen shops, selling building materials, food, enchanted items and various other things.

Most shops in the MtS Mall use the septem as currency.

On December 23rd, 2020 an event that would forever change the September political landscape occured. What started as an innocuous road naming ceremony evolved into pure chaos after South Augusta's leader, TheOrangeWizard murdered squareblob, who was then mayor. The crowd in the event was launched into a frenetic chase that led to the eventual pearling and subsequent freeing of TheOrangeWizard, who angered at this act immediately pearled ChickenWingGeek. Three brave ill-equipped Septembrians rushed to reclaim TheOrangeWizard's pearl but they were all pearled. Negotiations between South Augusta and Mount September soon started, inducing a strong backlash from the more critical sectors of society - the leader of this dissent, AllenY, was promptly pearled; thus crushing all opposition. The deal was to be sealed in Fort Briggs, however, AllenY removed Godomasta from groups mid-deal and locked TheOrangeWizard in the vault.

The ordeal ended when Wingzero54 teleported to TheOrangeWizard and accidentally let him through one of the doors, after which point he pearled Minemaster933 - Cooliomoose jumped in the vault and pearled TheOrangeWizard shortly after.

On the 28th of February Godomasta was elected Mayor, becoming the second Mayor of Mount September, succeeding Squareblob. The new mayorship came with a modified Cupboard, including the creation of a new Cup: the Cup of Defense, a position held by former mayor Squareblob. While the Diplomat position was not changed by Godomasta, Thraldrek, longtime Diplomat of Mount September, tended his resignation on March 17th, 2021,[2] and was replaced by RedDevel on April 4th 2021. 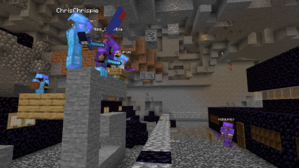 Armed UDF members stand in front of Nebula's (pictured to the right) bunker, near the Boomer iceroad

In late August 2021, a conflict erupted in Mount September which would pit the Augustan Federation and the UDF against one another. This conflict started when minemaster933 sued SirTwiggles for harassment after the latter had supposedly purposefully set off @everyone snitches near Nebuland's bunker. During the trial, the UDF-owned Boomer Iceroad was brought up in the argument that using the iceroad set off the @everyone snitch, and UDF members interpreted the end of the trial, finding SirTwiggles guilty, as a threat to their use of the iceroad. Tensions peaked on August 26, when a large group of armed UDF members appeared at the ice road, seemingly ready to attack Nebula's bunker. However, tensions cooled as no side made a move towards the other, and UDF members eventually left. While KingOfTheMochas, NebulaSSR and Minemaster933 remained banned from the iceroad, the situation was dealt with without major armed conflict.

The conflict strengthened the perceived need for MtS to have a more advanced defense system in place and renewed efforts were made to achieve this.

Thraldrek did not seek reelection following his first term, leaving no clear successor as no member of his cabinet ran for his position. KingOfTheMochas, a relative newcomer to MtS who was serving as a Judge at the time, received the most votes and was elected Mayor on September 17th, 2021. KingOfTheMochas has shown to prioritize the militarization of MtS, overseeing a rapid increase in military infrastructure, including focusing significant effort on the completion of the AF Vault. Interestingly, KingOfTheMochas reduced the size of the cupboard significantly, centralizing many roles, notably defense, into the Cup of State. Politically, KingOfTheMochas has been more vocally opposed to "World Police" compared to his predecessors, but has also overseen increased diplomatic communication with the world's alliances, such as the CES and the UDF.

KingOfTheMochas successfully ran for re-election in the end of the November 2021 under the banner of the Septembrian Labor Party, however his second term has proved tumultuous for him.

It was during Mochas's second term that Gabon and Lusitania decided to leave the Augustan Federation, in late November and early December 2021 respectively, after multiple incidents. Both countries perceived the Federation as being nontransparent and not neutral, despite its claims to be. A recall vote was called by NebulaSSR[6] and several by Minemaster933[7][8] to remove Mochas from the position of Mayor, but did not succeed.

Mount September uses a Ranked Voting System. Voters may rank all candidates for a certain election in the order they wish. Only registered voters, as defined in section 10 of the Constitution[9], are allowed to vote in elections.

All Residents can propose bills (including amendments) or propose recall votes (a vote that removes from office any government member) in the MtS discord server (#bills and #elections respectively), and all registered voters may vote on it.[9] This system in which citizens may propose legislation and recall votes is the reason why Mount September is often called a semi-direct or direct democracy, or a minarchy.

The Mount September Constitution describes its flag as: "a rectangular field, divided by a straight line from the bottom left corner to the upper right corner, the upper division being red and the lower division being blue"[9]. The color scheme is borrowed from Augusta's, and the diagonal division reminisces of Compton's flag (which uses black and green instead).

On the 28th of October 2020, the septem ($) and its subdivision, the yiseptem (￥)was created by AllenY. While still technically a private venture, the septem is widely accepted as the semi-official local currency. The septem is used in various shops inside the Mount September mall. 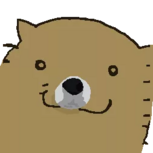 The cultural interest of MtS in recruiting newfriends gave birth to many projects, including SeptBot, a discord-minecraft bot that automatically messaged accounts that joined the server for the first time[16] (although much of the infrastructure required for this had already been implemented). The bot also acted as a proxy for communicating with the new joins in real time, using unique discord channels as interface. To avoid spam (and after a particular event in which a banned player attempted to communicate through the bot), only users with the relay role could send messages.

Several months later, the admins announced that [!] (by then the de-facto "global" chat) would be moderated and act as an official global channel, with new players getting automatically added to it. Squareblob announced the end of SeptBot's newfriend messaging functionality on January 1st, 2021[17].

The discord channnel and role were recycled into newfriend-committee by Godomasta, an attempt at rewarding newfriends for good activity and behavior. By then one of the most active newfriends was Minemaster933, which prompted Godomasta to request his collaboration in the endeavor[18]. The project would only meet symbolic success, as minemaster would later become a very controversial player. Ironically, no newfriend ever received the newfriend-committee role (except for minemaster).

AllenY, then judge, used the channel to grant Honourary Doctorate of Letters, an amusing discord role.

Retrieved from "https://civwiki.org/w/index.php?title=Mount_September&oldid=49535"
Categories:
Cookies help us deliver our services. By using our services, you agree to our use of cookies.