From CivWiki
(Redirected from CivRealms)
Jump to navigation Jump to search

CivRealms 2.0 is a civ server which launched on the 18th of May 2019[1]. It is owned by John Smith, who is associated with Civcraft player Stonato, and is administrated by Mike0war and Crimeo.

CivRealms 2.0 has a reddit at r/Civrealms and a Discord. The server is currently running on 1.12.2 and is at the IP: civrealms.com. 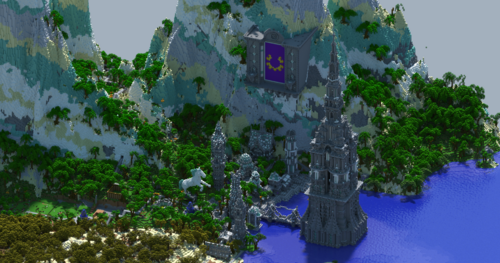 The server admins are offering bounties for the creation of wiki pages pertaining to specific server mechanics in exchange for in game rewards (Stamina).

In July of 2020, notable player and leader of CivCorp, TopWolf was banned and eventually quit after reporting that his casino had been illegally copied using a WorldDownload.[2] CivRealms administrators eventually reversed the ban against the offending players early.

In October 2020, the administration introduced a new rule called "Burning It Down: If you make it clear your main goal here is to burn the world down, we will likely ask you to stop.". Only a few weeks later, this rule would indirectly lead to bans of multiple USA members.[3]

During Pride Month 2021, Stonato erroneously banned a user from the CivRealms discord for posting a gif of two women kissing, claiming it violated the rule against posting R-rated content. Another head admin, crimeo, subsequently banned Stonato from his own server's discord over Stonato's homophobia and double standard in comparison to straight kissing scenes in Disney movies.[4]By September 2021, CivRealms was dead in all but name, with most players citing groups senselessly raiding in an attempt to kill the server and Stonato's own bigotry as the reasons for them going inactive.[5]

Retrieved from "https://civwiki.org/w/index.php?title=CivRealms_2.0&oldid=47725"
Categories:
Cookies help us deliver our services. By using our services, you agree to our use of cookies.