Äggland (formally The Democratic Kingdom of Äggland) is a nation on the border between -,- and +- on CivRev west of Grainview The nation was created by IceBoy_Board and some others on the 3rd September 2021. The nation was created influenced by Swedes which made it a mainly Swedish nation. In Äggland people are religious and Agania is the only god. The capital is named New-Ägg. 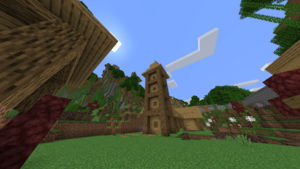 Äggland is led by a King, currently IceBoy III, Who rules togehter with the Chancellor. The Minister Council is ruling over there own things, such as Trade or Infrastructure. They also give advice to the King and Chacellor and vote in important Constituition changes. The King is mainly responsible for International relations but due to inactivity he is now also responsible for everything.

28th september they joined NDI wich would later play a big role for Ägglands future. The nation had a small civil war for 2 days(13th-14th sep 2021) about who should be the King. It was either god or IceBoy. When the God side lost many citizens did go inactive until there was only IceBoy left.

The country's military is named A-SOFT (Ägglands Special Operation Forces and Tactical military) They are lead by the King. They also have an academy called A-RAKS (Ägglands Royal Academy for Knowledge and Science). They are lead by the King. A-NTI (Äggland National Trade Institution) is the third authority that has control over Trade in the Country it is lead by the Minister of Economics and trade. They are also in charge of AI (Ägggland industries). The country has many more authorities too.

Äggland: Named after Agania and the swedish words for Egg (Ägg) and Country (Land). Aganists beleive that the world and Agania was exploded out of a Egg and therefore the name.

Äggland was started by a group of friends brought to CivClassics by a member of the group who had played on the server previously. His name was IceBoy and was elected as Chancellor. His bestfriend Mosimaje was elected as the first King. Äggland did soon go into internal conflicts. Some wanted to build a dictatorship and the others wanted a peaceful and stable nation. After a short civil war the peaceful side led by IceBoy won against the dictatorist side led by Mosimaje. The losing side quickly lost motivation for further play on the server and quit. This led to that the winners also quit. All but one did quit, IceBoy, who after the civil war now should be called IceBoy III of Äggland that quickly became an OMN. That continued for a long time. While in this period the country was also dragged in to the Soria Crisis wich can be read more about here: Soria Crisis

When IceBoy one day tried to convince Mosimaje to join again another mc player in his school heard, Olpibro. He joined Äggland and began playing on the server next day. He also got his cousin LemonCookieCat to join and Äggland started to slowly rebuild itself. Aganism became more of a relevant thing during this time wich made Äggland have a entire new look at itself.

IceBoy joined the new server CivRev on the first day. CC was currently closed bc of problems in the system. The Äggish joined Icarus and started to build up the country. They also made a own settlement on a Island north of current day Äggland. When CivClassics was back again the Äggish returned to the server and only logged in sometimes. When CivClassics announced its shutdown however they returned to CivRev as its main server. IceBoy played mainly in Icarus but during The Sava Crisis he got tired of it all and returned to Äggland. Later Äggland would be raided and burnt down and was for the 3rd time temporary abandoned.

Westdale: Was gonna be named Eastdale but IceBoy read wrong on F3 and named it Westdale. (Its a dale there).

Lavaland: Named after the first faction IceBoy founded on his School server

Äggland is sliced up into provinces. The current provinces are East Äggland Province, West Äggland Province, United Colonys Province and The Federal District of Sankt Ägg. The Country also protects the Lake Agania area even though it's not part of the Country. This is because it belongs to Agania and its every Ländares duty to protect her. The 30th November 2021 Äggland got in an agreement with the Holy shaded empire and Brittania about the areas political belonging. To prevent a holy war Ägglands king, IceBoy, agreed to give the lake and surroundings to the two countrys (they were currently in a conversation about how they should slipt the jungel north of Äggland) if they would not enter or desroy anything there.

Sankt-Ägg is built in a valley around a couple of high mountains, so here i represent the three tops of Sankt-Ägg valley and Mount Eagle:

Mount Agania - Probably the most famous of them. Mount Agania stands alone and therefore is right in the city core. On the north side you find centrum, On the south you find Iona and New Hadrian Valley, On the west its the Castle and on the east Mount Birth.

Mount Birth - located on the snowy highlands east of the capital, Mount Birth is the second highest known mountain in Äggland after Mount Eagle.

Mount Iona - is south of Sankt-Ägg, around the curenntly being built district of Iona.

Mount Eagle - The highest known Mountain in Äggland (179 blocks high). Is a pretty round mountain and is pretty easy to get to. 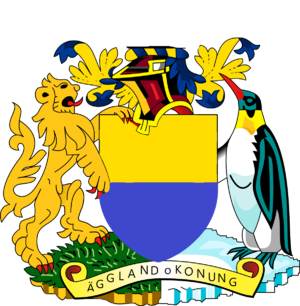 Retrieved from "https://civwiki.org/w/index.php?title=Äggland&oldid=49523"
Categories:
Cookies help us deliver our services. By using our services, you agree to our use of cookies.