The United Icarian Republics or Icarus for short is a nation on CivRev. It was created by mainly the Lower aministrations chamber in NDI around the 1st of November 2021. It went on hiatus immediately after its founding due to obligations in CivClassic, however would pick back up on December 9th when it was announced the server was being ended.

Icarus is a parlimentary democracy with CredixYT as Prime Minister, IceBoy as President of Parliament and Dbug as minister of foreign affairs. LIQUIDSTEREO and measle_patches are also part of the government, their positions are at the moment unspecified.

Icarus started as an idea for a nation between members of NDI in mid-October in anticipation for the release of CivEternal. However, it's release got delayed and in early November CivRev released instead, to which everyone in Icarus agreed to play on. On the day of it's launch, most members got set up in the -,- and began working on their houses and factories. Due to obligations in CivClassic however, Icarus went inactive fairly quickly until December 9th when CivClassic was announcing they were shutting down. So after returning, they continued to build up Trantor as best they could. 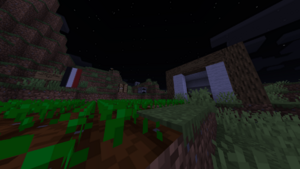 Not soon after starting back up, Savaguard began continually raiding Trantor and attacking it's citizens. Soon after the citizens panicked, gathered their things, and mass evacuated Trantor. For the next couple of weeks, Icarus would be no more than an nomadic tribe, moving from one area to the next as each place they moved to was either preoccupied or had issues with the land. Savaguard would eventually be stopped and leave Trantor alone, but it was highly debated whether it was even worth it to go back. During this period, they took refuge in nations such as Sovia and Saint Lola. Later they would decide to settle at the world border in the South, hoping to get away from everyone else and live in peace. However, Savaguard had decided they wanted to settle there as well and proceeded to destroy New Trantor and pearled two Icarians, Dbug113 and Glerk. In response, Icarus declared war and proceeded to IRO bomb the new Savaguardian fort. The Savaguardian elites demanded the groups to remove the grief in exchange for peace which was at first rejected by Icarian High Command. However, the next day, General of the Icarian Federal Army and Cabinet member Deo, decided to take the offer in exchange for stolen goods and peace was restored. Main page: The Sava Crisis

Retrieved from "https://civwiki.org/w/index.php?title=Icarus&oldid=46372"
Categories:
Cookies help us deliver our services. By using our services, you agree to our use of cookies.