From CivWiki
(Redirected from User:Des23)
Jump to navigation Jump to search

Des23 is a Civwiki contributor and Civcraft player. She had long histories residing in New Danzilona, Nova Danzilona, and Mount Augusta. She was also the founder of Tropica and Girane.

Des began her Civ career on January 22, 2014 by scouting out and founding the newfriend nation of Tropica with two of her IRL friends. Still getting a hang of the mechanics of the server, the group of friends slowly developed the nation and colonised land more suitable for farming. Des's two friends lost interest in Minecraft altogether about a month later, leaving her as the lone citizen of Tropica. On March 15th, Des was approached by the neighbouring Kingdom of Avalon, led by oldfriend ShamrockJones, seeking to incorporate Tropica into their growing regional empire backed by a number of PVPers.[1] Although a deal was made and Tropica was annexed, the Kingdom as a whole soon fell inactive, and Des abandoned Tropica on April 20th in search of a more active nation to live in. On May 20th, she decided to settle in New Danzilona after a month of exploring towns around the server.[2] 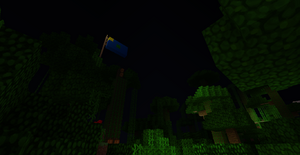 Flag of Socialist Tropica in the wild, December 2014

Soon after becoming a citizen of NDZ, Des became a notorious drug dealer in the city, using her glass shop as a front.[3] She also became close friends with citizens of the DPNCCR and built an artificial island chain with the group as a summer getaway spot for Danzilonans.[4]

In August 2014, Des was voted in as City Manager of NDZ.[5] Notable achievements during her tenure include:

Following the Riverford War in September 2014, Des became the leader of NDZ's short-lived government-run militia, which had two training days but saw no action.[8] Tension betweens Danzilonans remained too high a week after the war, leading to a handful of DZF self-exiling to prevent NDZ's founders from doing the same.[9] Des and fellow former Danzilonan White_n_Pasty returned to Tropica and attempted to become rich by farming clay. In October, Des used her alt account to also join friend and former Danzilonan AMBeaudry529 in becoming a citizen of Mt. Augusta and Loveshack, the latter of which she became a baroness of for a short time.[10][11]She befriended a number of Augustans and remained a dual citizen of the city until the end of the Meunier 4 Mayor campaign in June 2015.

Following declining activity in Tropica and a cooling of tensions among Danzilonans when the first phase of the Aeginan independence movement came to an end in November 2014, Des moved her alt back to NDZ and became a citizen once again, now holding citizenship in three separate nations simultaneously.[12]Activity in Tropica picked up around winter break, so Des and Pasty announced it to the public in December.[13] Although it received some international attention, Tropica never gained another citizen. Pasty became inactive after Christmas, leading Des to stop commiting time to it and live solely in NDZ and MtA for the time being.

In January 2015, Des became City Manager of NDZ once again.[14] During her term, she led the way for NDZ to annex most of their fellow DZF cities after most of them had been abandoned.[15] She also caused a constitutional crisis sparked by a lack of foreign representatives of NDZ during an attempted takeover of Riverford by Gensokyo.[16] The elections for these foreign reps were mere hours long, breaking with the legal requirement that they be at least 2 days long. She felt the urgency of the crisis justified breaking the law, and though most Danzilonans went along with it, Des was still criticised for doing so. She resigned as City Manager halfway through her term for personal reasons.[17] 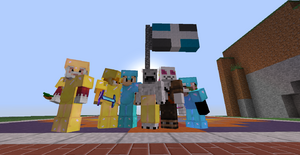 Des23 with fellow Danzilonans (including Lowtuff, mummybundles, and peakman2) during Project Phoenix's fourth phase, August 2015
In March 2015, the Great Northern Alliance was formed by Senntisten, the SPQR, Hjaltland, and Volterra as a way to strengthen security and economic ties among the nations of the region.[18] As supreme Queen of Tropica, Des had her nation join the alliance in an attempt to bring activity back to the jungle islands, but her attempt proved fruitless. Des officially abandoned Tropica once and for all and gave it to Senntisten in July 2015.[19]

For the remainder of 2015, Des would primarily be involved in construction and cleanup projects around the DZF. In March, she began construction on NDZ's cactus farm, which had been dormant since the previous summer.[20] Throughout the summer of 2015, Des and Lowtuff helped organise and execute Project Phoenix, which involved a series of revitalisation projects in NDZ's territories.[21] A total of 5 of these projects took place between June and September, as well as two side projects: construction a monumental NDZ flag, and reopening NDZ's northern intrarail station.[22][23]

After a short break in September, Des became a civilian casualty in the Nox War after getting pearled by Nox on October 8, 2015.[24] After she was freed in November, her activity on Civcraft declined until it picked up again following the announcement of 3.0 in January 2016. 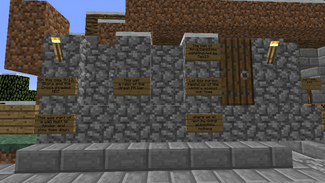 The remnants of a wall built by Des during the invasion of Nova Danzilona, September 2016

Des took in active role in planning out the next iteration of Danzilona that would be on 3.0.[25] On the first day of the server, she was a founder of Nova Danzilona and subsequently helped set up the town, mainly by mining and farming.[26][27] Her activity in the town declined after she founded the neighbouring commune of Girane in late August 2016. In September, she returned to NDZ to defend the city from foreign invasion and helped found the Volantian Liberation Front.[28][29] After the end of 3.0 on October 1st, she largely quit the civ genre as a whole. From 2017 to 2019, her civ career consisted entirely of playing hockey in Threepton for just a few days in 2018, though she largely kept in touch for the former Danzilonan community through Discord.

In the first days of First Light in January 2019, Des founded the small village of Atari Springs after being invited to do so by Lowtuff. The two built a Wild West-themed town together and incorporated it into Frankonia to avoid conflict after the Franks claimed the area Atari Springs rested on. Des and Lowtuff abandoned the server in early February so as to not be associated with Frankonia's imperialist tendencies.[30]

Des was inspired to pick up the civ genre once again in late 2021 by a combination of nostalgia and the new opportunities brought about by the end of CivClassic 2.0. She followed her former Threeper friends and joined Merthyr on CivRev on December 20, 2021. She helped with others' build projects and made a number of simple of factories but otherwise did little of note on the server.

After CivRev died in early January 2022, Des started playing Vintage Civ on the first day of its beta, January 4th. She brought her former Mery friends with her and showed them the ropes of the game, and the group founded the village of Hwillotati shortly after. She quit the server on January 13th following the racism perpetuated and tolerated by the server's head admin, SouthernBloc, in Vintage Civ's Discord.

Retrieved from "https://civwiki.org/w/index.php?title=Des23&oldid=51558"
Categories:
Cookies help us deliver our services. By using our services, you agree to our use of cookies.