From CivWiki
(Redirected from CivClassics 2.0)
Jump to navigation Jump to search

CivClassic was made as a result of the disconnect that formed between the direction of Civ and the player base. TealNerd wanted to create a new Civ-style server to combine the best of all CivCraft iterations to that point, mostly taking from Civcraft 2.0 mechanics[2], but later creating new adaptations to the Civ genre to bring it to the current version of Minecraft.

The second iteration of CivClassic launched on 2 June 2017. To date, it is the longest running Civ server, having been active for over 1660 days.[3]

A player-created world map of the CivClassic world can be found here and was created by Gjum and maintained by the UMP. As this map relied on player input, some of the data may be inaccurate or out of date. 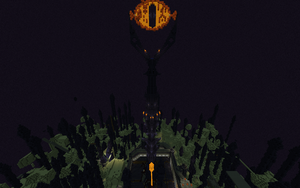 During and directly after the Infinity War, CivClassic's player count dropped due to the resulting perma-pearlings, obby bombings, and general destruction brought about by the war, leading to the server population going generally inactive or moving to CivRealms. With the war at its end the player population would rebound.

Retrieved from "https://civwiki.org/w/index.php?title=CivClassic&oldid=47040"
Categories:
Cookies help us deliver our services. By using our services, you agree to our use of cookies.