From CivWiki
(Redirected from Order of St. Marcus)
Jump to navigation Jump to search

The Order of Saint Marcus was a guild of builders and urban planners which focuses on constructing impressive or interesting structures across the server, and encouraged players to work on improving the look of their town or city. Anyone could apply to join the Order, and progression through the ranks is based on an individual's skill and level of contribution to the Order's goals. The Order's members are responsible for the construction of 250+ registered builds across 26 cities.

The group was based in Mount Augusta, and was founded in February 2018 by Logic_Man and Gobblin. Later in the map, the Order of Saint Marcus expanded to construct many buildings across the map. Saint Marcus refers to Marcus_Flaminius, an important historical figure of previous Civcraft iterations and a major player in the Maester Alliance - an order focused on preservation of stories and texts written in-game.

The Order of Saint Marcus had the following goals; 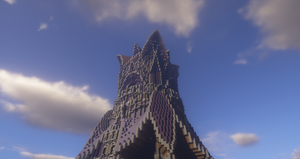 Shardore Tower, built by Logic_Man and Gobblin in Mount Augusta 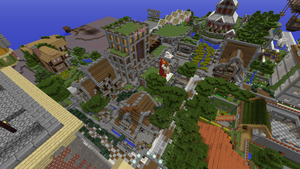 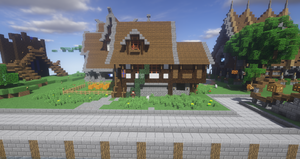 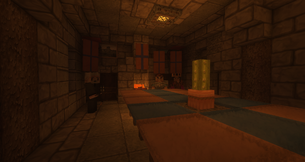 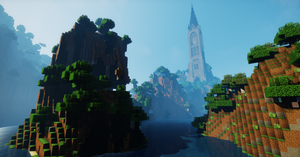 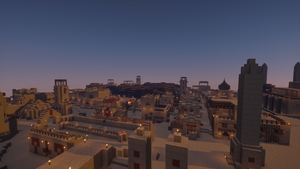 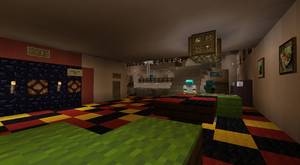 Casino Riviera made by reffelruz in Westminster

The Order of St. Marcus had a major impact on building throughout CivClassic. Of the many buildings its members built, five are categorized as gems:

Additionally, the Order built guildhalls in many cities across the server had contained these builds, including, but not limited to, Mount Augusta, Iria, Verda, The Commonwealth, and Varkonia.

You can view the full listing of Saint Marcus builds here.

The Journey of the Placed Block

The Order's requirements to join are simply a desire to build, and never required a builder to leave their town of residence. If a builder was the first member of the Order within a town, you will be the guild master of the Order within that city. Members of the Order of St Marcus participate in what is called the journey of the placed block. The 'value' of a building was up to the discretion of the Fellows of St Marcus. Each member has a home city, but may build anywhere on the server. 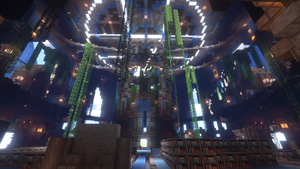 Structures designed by the Order of St Marcus 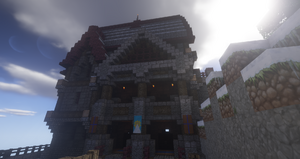 The campus was the HQ of the Order of St Marcus. It is located in Mt Augusta near Romec's mall. It is a combination of multiple buildings and shares a block with the Maester Alliance. The campus property held the following buildings:

The campus is the primary focus and centre of the anti-grid movement. It is linked to other players blocks via the Tunnel of Love, Terrace of Acacia, Tenpo lane tunnel and the Garden of Eden.

Shardore Tower is the tallest building in Mt Augusta and holds the Shardore Tower Library on Level 1, Observation deck on Level 2, Club 66 on Level 3 and Maester Alliance facilities on Level 4 & 5. Levels 2-5 are currently closed and awaiting minor renovations. It holds a value within the Order of 25. 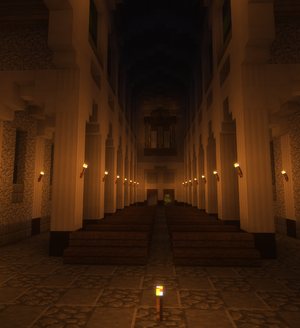 Church of the Supreme Being - Mount Augusta - built by Romec

Towns that join the Order of Saint Marcus are encouraged to create guildhalls for the Order. Guildhalls should have the following elements to them:

Additionally, a discord invite link should be posted and a broad overview of what the Order of Saint Marcus does.

Hall of the Fellow

The Anti-Grid movement of Mt Augusta

Historical Roots and Connection with the Maester Alliance

The Maester Alliance is an ancient guild of writers and archivists which focuses on recording the histories of the Ages, preserving literature, and encouraging players to write and produce cultural works. The Alliance dates back to the First Age of Civcraft, and is a well-respected institution in its own right.

The Order was established during the 'long night', a period of time between Civcraft 3.0 and the Second Era of CivClassic where the majority of Maesters fell into eternal slumber and the torch of the Alliance was passed through the Ages by one or two individuals. During the latter part of this timespan, one of the last Maesters joined forces with a skilled architect to plant the seed of a new, culturally focused group for the Civ-genre. Grand Maester Marcus_Flaminius was named patron saint of the group, in recognition of the significant time commitment and effort given by this player to the Alliance across the Ages, and in memory of his then apparent eternal slumber.

The Order therefore shares a common root system with the Maester Alliance, although it is a much younger group in comparison, and functions as a ‘sister’ guild; both groups co-exist and collaborate on some projects, but ultimately have separate goals. Players are welcome to join either or both.

Retrieved from "https://civwiki.org/w/index.php?title=Order_of_St_Marcus&oldid=50383"
Categories:
Cookies help us deliver our services. By using our services, you agree to our use of cookies.