Nevada was a nation founded around CivClassic 2.0 start of the world. Located at 4000,-3000, Nevada boasted an impressive amount of builds considering its relatively small population. As of October 2019 NEVADA has been inactive for the better part of a year and currently its land is claimed by Nyasaland. 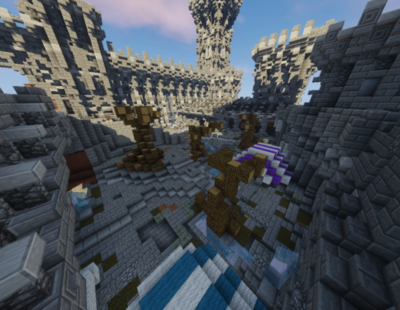 StickySwitch and Dr_Dre founded Nevada, soon followed by squareblob. Later Nevada citizens include cinzar. StickySwitch was the most prolific builder and also created the meme of saying 'NEVADA' (using all capital letters). 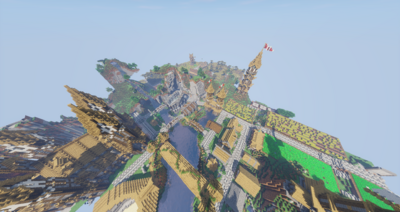 Nevada's large train station can be seen on the far left. In the center lays the artificial lake system.

Nevada has seen large amounts of grief, both while it was initially active and more recently. Some grief has been cleaned cleaned yet as of October 2019 substantial portions still remain.
Retrieved from "https://civwiki.org/w/index.php?title=Nevada&oldid=38679"
Categories:
Cookies help us deliver our services. By using our services, you agree to our use of cookies.