SCHIZ0TIER was an active insurgent, raider, and outlaw operating in the +,- quadrant. Having started his career as a petty raider, SCHIZ0TIER single-handedly carried out an unusually successful raiding spree avoiding capture by the entire server for 48 days. He claimed to fight on behalf of the "Northern Resistance Front" (later just "The Resistance Front"), whose mission was "TO FREE THE NORTHEAST OF TYRANNY AND FOREIGN INFLUENCE". He is currently banned from CivClassics for using multiple accounts on the official Discord (SCHIZ0TIER and Amedy) and annoying Wingzero54.

SCHIZ0TIER first joined CivClassic on July 3, 2021. Initially behaving like a normal newfriend, and setting up a house in Mount September, SCHIZ0TIER severely raided Hjaltland Industries on July 28, capturing large quantities of XP. When BlueSylvaer announced this to the wider world, he initially offered SCHIZ0TIER no pearl time in return for turning himself in immediately; SCHIZ0TIER refused the offer instead taunting Blue and running off into the unknown.

As Doommad postulated upon SCHIZ0TIER's refusal to cooperate with Hjaltland, "more then likely everyone supportive of Hjalt [sic] is pledging their support, [sic] soon combat alts will probally [sic] log to assist in the man hunt"; SCHIZ0TIER was initially viewed by most as a petty criminal certain to be swiftly caught by one of the various factions on the server. However, SCHIZ0TIER's unique competence slowly began to dawn on CivClassic as his success stretched on for days. As yodabird19 articulated on August 11, "it's been two fucking [sic] weeks"..."two weeks is longer than ez2crew [a previous successful shitter group] lasted is it not[?]"; however, Asuramaru wisely pointed out that "ez2crew was fighting, this dude just logs in for 20 min running around in no mans [sic] land" - SCHIZ0TIER was something special. 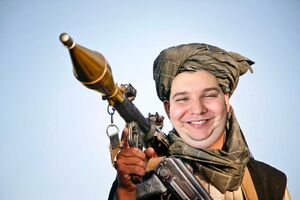 Following 18 days of increasingly phenomenal survival, SCHIZ0TIER announced to CivClassic at midnight (EDT) on August 15 that he had formed a "NEW RESISTANCE GROUP" - the Northern Resistance Front; he posted its Discord link and urged all online to join it - many of whom did. Bestowing Amedy (who was later revealed to be his alt), Kronner, and minemaster933 with the role of "BRAVE RESISTANCE FIGHTER" alongside himself, SCHIZ0TIER proclaimed to the world that his subversive actions were driven by more than personal greed - instead, they were driven by a need to free "PEOPLE AND LAND...FROM THE EVIL TYRANTS". SCHIZ0TIER declared that "ICENIA WILL SUFFER THE SAME FATE AS KABUL" (referencing the then-recent 2021 Taliban takeover of Kabul, the capital of Afghanistan in real life), and with this began to fashion himself "A GOOD VERSION OF THE TALIBAN".

On August 16, SCHIZ0TIER alerted the Northern Resistance Front that "ONE OF [his] ENEMIES [had] ACCUSED [him] OF BEING HOMOPHOBIC", and declared in response that "THE NRF WILL ALWAYS PROTECT LGBT+ RIGHTS IN THE NORTH EAST".

On August 18, SCHIZ0TIER announced that he had been banned from CivClassic by its administration. Though no official ban reason was ever provided by CivClassic's administration, and there are many theories as to what it was, SCHIZ0TIER's assumption was that "[his] ENEMIES HAVE CONNECTIONS TO THE ADMINS AND NEEDED TO BAN [him] SINCE THEY [sic] TOO BAD TO CATCH [him]". However, mounting public pressure against his ban led to its reversal later the same day.

SCHIZ0TIER gets a kill, somehow

On August 20, SCHIZ0TIER uploaded to the Northern Resistance Front Discord an image titled "WINNER.png", captioned "LOL". The image displayed him killing the account kanami_minagawa - Asuramaru; this shocked the world, reminding it that SCHIZ0TIER remained an active threat. Asuramaru explained that her internet connection had spiked to "500 ping" during her encounter with SCHIZ0TIER, resulting in an unavoidable death; yodabird19 expressed relief that "schiz0 [sic] running out of pearls stopped that from being significantly worse" (IE SCHIZ0TIER pearling Asuramaru) - though GDAN12 quickly pointed out that carrying a pearl would be disadvantageous to someone relying on stealth to remain safe (due to /ep locate). 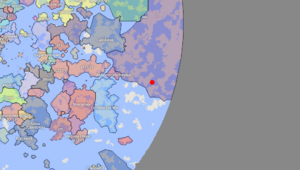 The location of SCHIZ0TIER's bunker, as seen on the September 2021 world map 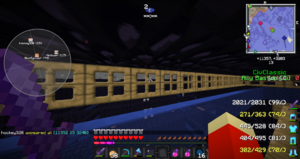 An image of SCHIZ0TIER's bunker under attack, taken by SCHIZ0TIER 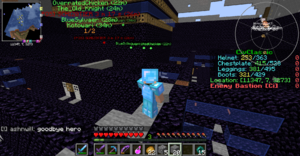 An image of SCHIZ0TIER's bunker after the attack, taken by hockey328

At this location, SCHIZ0TIER had constructed a secret ringed bunker with an unusual design (and no Vault Bastions). The attack team successfully entered the bunker, and pearled SCHIZ0TIER.

On November 20th, 2021, both SCHIZ0TIER and his alt Amedy were banned by Wingzero54, who was quoted as saying "I've had enough of the rambling delusions of a multi personality [sic] civva"[1]

On July 28th, SCHIZ0TIER began his life of crime by raiding Hjaltland for XP and gear. It was expected that he would be caught within the day by Hjaltland forces, but this did not occur.

On August 30th, SCHIZ0TIER contacted yodabird19, asking the latter to provide a stack of oak wood logs to fuel the former's efforts. When yodabird19 agreed, assuring SCHIZ0TIER that he was secretly loyal to his cause, SCHIZ0TIER met yodabird19 in Cortesia Del Mar, where hockey328, WNS2, and Aamon logged on with full gear. The four-man team chased SCHIZ0TIER, who repeatedly used ender pearls to stay ahead of his pursuers, to the waterfront, where SCHIZ0TIER lost all four in a boat chase over Golfo de la Paz. SCHIZ0TIER was likely planning on making his way to Partyland after this encounter after LIQUID STEREO lied to him about being on his side and agreeing to let SCHIZ0TIER hide there 2 days prior. However, the secret ambush likely deterred him from going.

On September 5th, a two-day old account named "CringeBased" appeared in Phoenix, claiming to be a newfriend wandering the map. Gabrielmagoo and yodabird19 attempted to get to know this newfriend, but were never able to see them directly. When SwordOfMorning logged on (still in Monterrey from the last attempt on SCHIZ0TIER) on, CringeBased located it and, with full gear (including potions), attacked. The pearl was dumped into Golfo de la Paz, where yodabird19 located and freed it, but CringeBased escaped detection. Later, SCHIZ0TIER posted an image of the pearl to the Northern Resistance Front Discord, confirming that CringeBased was his alt.

SCHIZ0TIER's last encounter with hostile forces resulted in his pearling. On September 14th, a six-player team located SCHIZ0TIER in southern Mir, where he had built a previously unknown bunker. The bunker was attacked, and SCHIZ0TIER was pearled, ending his heretofore successful criminal career.

SCHIZ0TIER is characterized by an unyielding use of capital letters in his messages and use of memes and gifs depicting internet celebrity Nikocado Avocado.

Retrieved from "https://civwiki.org/w/index.php?title=SCHIZ0TIER&oldid=43729"
Category:
Cookies help us deliver our services. By using our services, you agree to our use of cookies.