From CivWiki
(Redirected from Geographical Regions)
Jump to navigation Jump to search
The world of CivMC is divided into four quadrants, as well as six major continental landmasses. There are also a number of named seas and regions. 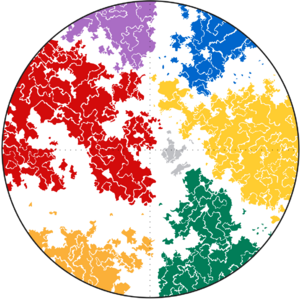 The Middle Ocean[1] is a major body of water stretching north-south across the entire map. Many nations border it, namely Estalia, which controls 0,0. Merilde Bay and Trelli Bay are both part of this ocean, with the former bordering Pavia and the latter bordering both Pavia and Griffin.

The Central Archipelago is made up of the Estalia mushroom island of El Caro, and the cluster of jungle islands divided between Ku, Estalia, and CivMarket.

Due to its position in the Middle Ocean near 0,0, it is the only major land area falling into none of the six continents.

The Western Contient, which is as of yet unnamed, is the world's largest continent, stretching across the -,- and -,+ and taking up much of the Western Semicircle. It is estimated to be the world's most populous continent, and owing to it's huge size is highly diverse in biomes.

Norland is located in the northern -,-. Along with the Southwestern Continent, it is one of the most sparsely populated of the world's six major landmasses. It is dominated by cold, frosty biomes. 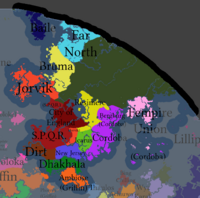 Main article: Impendia
Impendia, or the Northeastern Continent, is located in the northern part of the +,-, bounded on its west by the Middle Ocean, to the east by the Fareastern Ocean, and to the south by the Lyrean Sea.

The Impendian Assembly was created by most of the nations within the continent. The countries of Amboise, Dhakhala, New Jersey, Dirt, S.P.Q.R, Icarus, Cordoba, CoE, Resimere, Jorvik, Fempire, Bruma, Baile and The Far North are located on the continent aswell as MrLlamma's private island claim.

The Fareastern Ocean[1] is a body of water between Impendia and the Eastern Continent. It borders the Fempire Union, Bergburg, New Jersey, Dhakhala, Griffin's vassal Amboise, Thaulos, Letos and Lilliput. It is connected to the Middle Ocean via the southwest by the Lyrean Sea.

Variously called Totec, Oriente, Vinteria or mehylorfro by different groups, the Eastern Continent stretches across the lower +,- and the northern +,+. It is the second largest continent by land mass and is incredibly diverse. 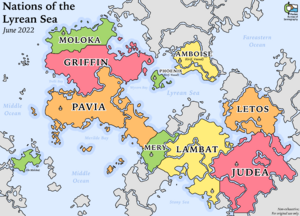 The Lyrean Sea[1] is an inland body of water and transcontinental region between Impendia and the Eastern Continent. Nations in the Lyrean Sea include Thaulos, Griffin and its vassal Amboise, Moloka, Pavia, Mery, Lambat, Judea, and Letos.

Most of the nations on the Lyrean Sea are members of the Lyrean Community. 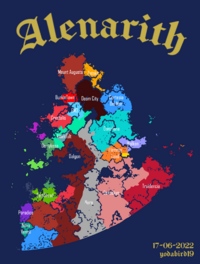 Alenarith was named by the Southeastern Continent Naming Convention, which included representatives from Mount Augusta, Dalgon, Crystalis, Doom City, Aldenfult, Gensokyo, Cortesia Del Mar, Danzilona, Wolken, Nara, and Zatoka, on June 17 2022. Small numbers of dissenters from the SCNC have opted to use the name Nanto for the continent, but it enjoys much less recognition.

The Medi Sea is a body of water between the Eastern Continent and Alenarith. It borders Lusitania, Ila'Kyavul, Aurellia, Cortesia Del Mar, Danzilona, the Arsenio Pact member state Wolken, Gensoyko, and Truidencia. Its name is derived from its predecessor on CivClassic. 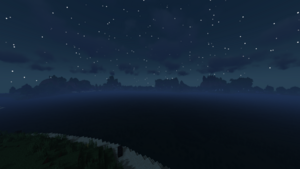 A view across Lake Biwa from Noto Point, Nara.

Despite its name, the Medi Sea is arguably an ocean as it is comparable in size to other oceans and is not enclosed by land at world border.

Most if not all nations that border the Medi Sea are members of the Forum of the Medi Sea.

The Southwestern Continent - as of yet unnamed - takes up the southern -,+. Along with Norland, it is one of the most sparsely populated of the world's six major landmasses.

Retrieved from "https://civwiki.org/w/index.php?title=Geographical_Regions_(CivMC)&oldid=51510"
Categories:
Cookies help us deliver our services. By using our services, you agree to our use of cookies.