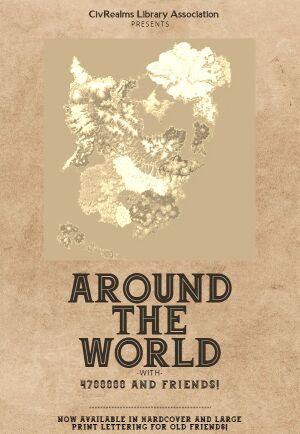 Around the World in 12 Days, or known more simply as Around the World is a seminal text by 4788888 (SalmonDinner) detailing some of his first experiences as a new friend on CivRealms over the course of twelve in-game days. The series takes place over three volumes, with a final fourth volume remaining unpublished and its manuscript hidden in Napistan.

4788888 first joined the CivRealms server on March 20th, 2020 after one of his friends on Discord told him about the server. Interested in the idea, he spawned in and teleported to join a nascent Bremerhaven and the rebranded IWW. For several weeks, 4788888 learned the mechanics of the server, building his first house and contributing to Bremerhaven's economy, such as by discovering the Aqua Nether portal nearby. During this time goldencrunchcrms and Narwhal 19 also began collecting books to found the CivRealms Library Association, and 4788888 was inducted as the Head Archivist several days after. After several weeks of largely remaining in Bremerhaven, however, 4788888 realized that there were many books which existed uncatalogued all across the CivRealms world, and contacted Lanax, ieatazz69, and noahravn to meet up with them and find them. Having never left Napistan nor having a horse, 4788888 was given a boat and some basic gear by Narwhal_19 and set off on his famous journey. 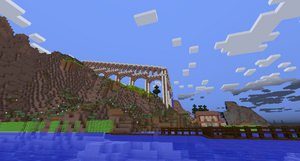 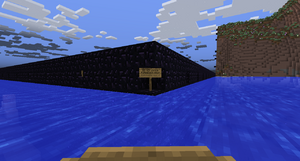 A close encounter with one of Carbon's vaults. 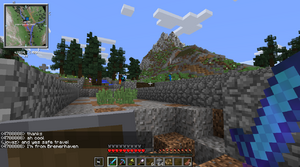 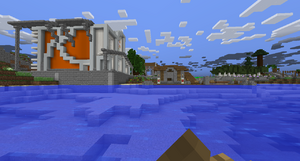 4788888 has just finished cataloging the Library Association's 38 books when he learns that they are missing many books by JesstheFish and other authors. Lanax contacts him as well saying he has many books in Tombstone which the Bremerhaven Library is missing. This prompts 4788888 to set off on an adventure across Napistan, through the ocean, and towards Tombstone. 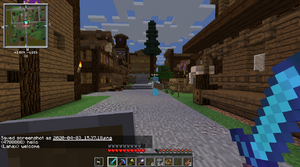 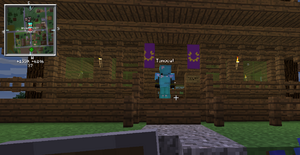 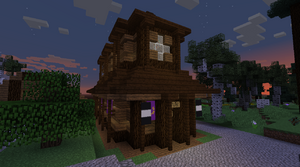 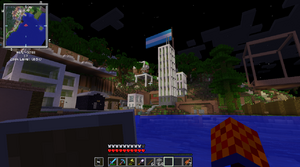 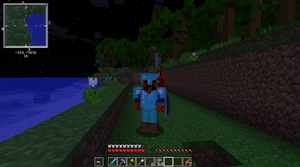 4788888 picks up Wilhelm during his Journey Around the World. 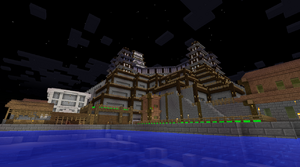 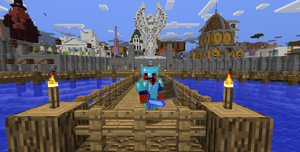 4788888 finally makes it to Alexandria after nearly circumnavigating the continent.

After visiting Lanax in Tombstone, TTastic, noahravn, and ieatazz69 contact 4788888 separately to contribute books to the CivRealms Library Association's collection. This takes 4788888 across the southwest side of the main continent, all the way from Yamato to Alexandria. Wilhelm, 4788888's parrot friend, is also tamed on the shores of Savaguard.

Disembarking the ocean at Rob's Town.

After a brief sojourn in Bremerhaven, 4788888 sails to CivCorp, meeting noahravn, axusgrad, and many more. He gathers many books there and talks to JesstheFish for the first time. 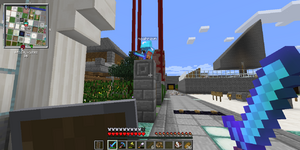 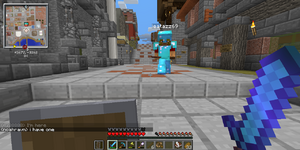 4788888 meets ieatazz69 in Alexandria, following him later to Accelerada. 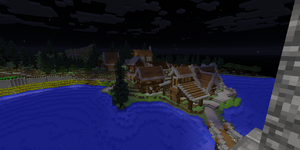 The fourth and final volume of Around the World covers the end of 4788888's journey, beginning with his book swap with azz in Alexandria and Accelerada, progressing to him sailing to meet with Henderwicz in Norlund, and ending with his return to Bremerhaven and the construction of the CLA's headquarters.

The fourth volume is unreleased but its manuscript has been confirmed by 4788888 to reside in a secret location in Napistan. The following riddle (modeled after one by author Forrest Fenn) is given[1] as to its location:

As I have gone alone in there

And with my writings bold,

I can keep my secret where,

And hint of stories old.

Begin it where cold waters start

And take it in the river down,

Not far, but too far to walk.

Put in below the home of Invader.

From there it’s no place for the meek,

The end is ever drawing nigh;

There’ll be no snow in your way,

Just green things all around.

If you’ve been wise and found the cabin,

But do not give up, when you swim through waters,

Then take the book and go in peace.

So why is it that I must go

And leave my trove for all to seek?

The answers I already know,

So hear me all and listen good,

Your effort will be worth the look.

If you are brave and in the wood

I give you title to the book.

The general copypasta used by 4788888 for advertising the book was as follows:

An original travel "journal" by myself. The first two books describe my first journey across CivRealms as a new player, collecting books, meeting players, and evading danger. Think of an epic like the Odyssey, but in Minecraft. 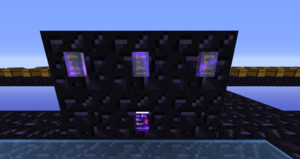 The custom covers for Around the World Volumes 1 through 3. 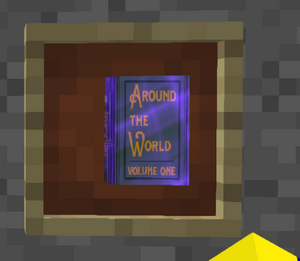 Close-up of Around the World V1's front cover texture.

Around the World was one of the few books to be featured in the early versions of Saren's CivRealms Roleplay Texture Pack, receiving custom covers designed by Longboyy and 4788888 which include much more detail than vanilla books and distinguish the novel from others when viewed in one's inventory or in an item frame. Currently, the Around the World series, 4788888's transcription of The Tell-Tale Heart by Edgar Allan Poe, and tweetabix's The Secession of Ansgar are the only books included in this texture pack.

After the release of the second title, goldencrunchcrms wrote this about the Around the World series:

I'm going to make a bold claim here, but I stand by it: if you're going to read any of the books in [the CLA] collection, you should make it this one. Its epic scope is unmatched by any other in-game book I've read, and 4788888's skillful prose vividly brings the people and places of Civrealms to life while never losing sight of the deeply personal narrative that forms the book's emotional core. Around the World is a marvellous achievement, and I think I speak for all of us when I say that I'm eagerly awaiting future additions to the series.[2]

Retrieved from "https://civwiki.org/w/index.php?title=Around_the_World&oldid=35118"
Categories:
Cookies help us deliver our services. By using our services, you agree to our use of cookies.