Bremerhaven, officially the People's Democratic Republic of Bremerhaven (PDRB) is a Nation Located on the Eastern Shore of the Continent of Napistan. It is Napistan's largest Country with a population of 18 Players. Bremerhaven is a member of the IWW serving as it's economic center. Bremerhaven was founded on the 20th of January 2020 by Narwhal_19 and OrcishTimmy.

Founding and Separation from Vescau

In early January 2020 Narwhal_19 and OrcishTimmy founded Bremerhaven on the Weser river. New members quickly came in and the population grew to 4. on the 25th of January, the leader of Vescau, Jeanluccy Claimed all of Napistan then proceeded to declare war on Carbon. He promptly quit the server 2 hours later. The people of Vescau decided to shrink their claims and rebrand as Exarchos. The result of this is that on the 25th Bremerhaven officially declared it's Independence. Soon Bremerhaven decided to join the IWW to protect itself from future conflict.

Soon after Bremerhaven gained its independence, there was a coup by the People's Liberation Army of Napistan. The PLA officially wrote a new Constitution and established a month long period of rebuilding to form a direct democracy. on the 29th of February Narwhal_19 proposed the land reconstruction and development bill (LRDB). the LRDB proposed to tear down most of the city as it stood and rebuild from the ground up, this has been nicknamed the "National Renewal Campaign." Construction started a week later.

On the 19th of February after much confusion over where the exact border was with Red Civitum, Adam (coolking1500), TwinkieMiner and Narwhal_19 met to discuss the exact border. It was agreed that it would be a strait line running East to West along the 8229 X coordinate.

Influx of Newfriends in March 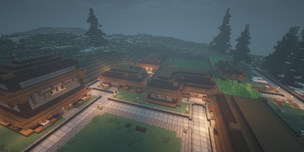 Bremerhaven before the NRC.
Bremerhaven slowly grew overtime not seeing much immediate growth. On March 19th Narwhal_19 posted a map of the IWW to the r/imaginarymaps subreddit. This led to a population boom of 20 players. Some went on to form other nations and towns such as Veria, and some became prominent Bremerians such as 4788888, and Dingo12. Dingo massively expanded the waterfront of Bremerhaven and set up a citadel on Nordenham island. 4788888 helped establish Bremerhaven's Library with goldencrunchcrms and went on the establish the Civrealms Library Association (CLA).

This article is about Bremerian involvement in the war. For the full history, see Bobangan-IWW War.

On May 1st 2020 (International Workers Day), Bobanga and Eslenti attacked Bremerhaven's ally Anvard. During the attack, Bremerian goldencruchcrms went down to survey damages and after encountering the invaders, fell into a pot-hole and was pearled. Most of the Anvardians were evacuated in a rescue mission by Narwhal_19 and 4788888 via the IWW embassy Alexandria. While resupplying in the IWW embassy in Alexandria, Narwhal_19 was pearled by Darkydu and IanX12. Throughout the rest of the war, Anvard refugees lived in camps set up in Nordenhaven.

The Battle of Bremerhaven

On the May 2nd, Darkydu, Sircrowley, and Tradewars attacked Bremerhaven. Volunteers from Carbon fought against the raiders. Lvlyryn was pearled along with one of the Carbon volunteers. Server lag forced the Bobangan army to retreat.

Invasion of Bremerhaven and Savaguard Involvement 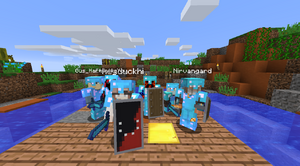 Bremerians and IWW agents at Tenochtitlan during the Bobanga-IWW conflict.

After the IWW's counter-strike on Bobanga by 4788888, Red_Medic_Leader, heyduckhi, Nirvanguard, Comrade_Gus, and EmDubleYou, Bobangan and Eslenti forces rushed to Bremerhaven along with a Savaguard militia to end the war. Bremerhaven was overrun by invaders who griefed farms, structures, and houses. A notable casualty of the invasion was the griefing of the CivRealms Library Association library and university, an international organization. Comrade_Gus was also pearled during the invasion. After the invasion, a ceasefire was called and Bremerians quickly got back to work rebuilding.

Bremerhaven is broken down into three main geographic regions. The Hills, The Coastland, and the Riverland. The Coastland is dominated in the North by rolling fields of Carrot farms that fund the Bremerian Economy. while as you go south large cities start to appear, when you reach the capital region on the Weser river the rolling fields turn to the grey apartment complexes of Bremerhaven City. After heading farther south you will pass Fort Žižek on the southern road. Just South of fort Žižek lays the town of Bärenstadt settled by Kfr in March of 2020. even farther south you come to the Timmygrad-Falcon Autonomous zone where the ruins of Georgia lay. Going up the Weser River you come to the small town of Duckistan founded as a meme by HiduckHi.

Bremerhaven is a direct democracy. A vote is held every three days on a different bill. Diplomatic and Administrative functions are performed by the Premier. like all political positions in Bremerhaven, the position of Premier is voted on whenever the citizenry are unhappy with the current administration. The Current Premier is Narwhal_19. The Military and the various People's commissars (ministers) are appointed by the Premier. The Head of the armed forces is the Grand Admiral who is currently OrcishTimmy.

The Majority of Bremerhaven's Income comes from it's Civcorp Business Farmboyz, opperated by Narwhal_19 and Adam (Coolking1500). Bremerhaven has only one tax called the bastion tax applied to every new friend's claims bastion. 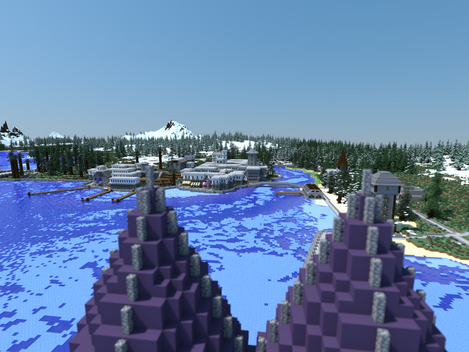 Bremerhaven as seen from Ratsineln. 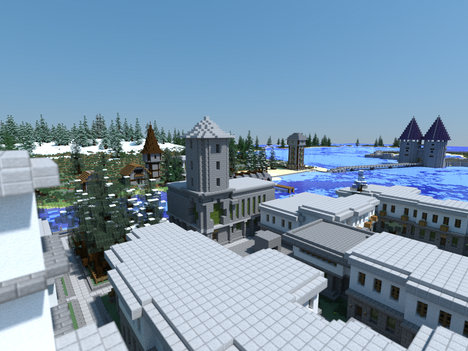 Bremerhaven seen from the CLA campus. 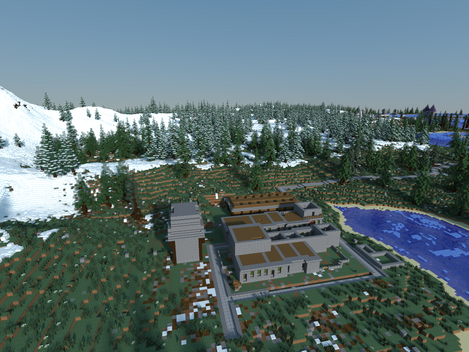 Bäranstadt under construction.
Retrieved from "https://civwiki.org/w/index.php?title=Bremerhaven&oldid=39799"
Categories:
Cookies help us deliver our services. By using our services, you agree to our use of cookies.