From CivWiki
Jump to navigation Jump to search
For the Pacem Overseas Territories city and island, see Pacem Overseas Territories.
Fortuna (formally The Most Serene Republic of Fortuna) was a nation on CivRev formally announced on December 8, 2021.[1] It was led by ComradeNick and a council of other influential members. Fortuna claimed the area of 1000 blocks in a square formation around 0,0 as well as territory owned by the vassal states of Grainview and Mercia. It was one of the most powerful nations on CivRev with a large and experienced population. 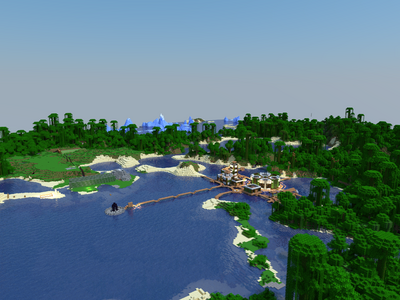 Fortuna was founded by ComradeNick on December 8, 2021, when many other groups moved to CivRev. It claimed the previously unclaimed land around 0,0 (while forcibly annexing Hurtsey, Khalkholm, and Bergburg). Fortuna quickly expanded as members of various other groups from previous servers like Mt. Augusta joined the nation. Many farms were quickly made in the jungle area which allowed Fortuna to become a large XP producer. On December 10, 2021, the vassal state of Grainview was founded by Thejmqn to the west. More players continued to join the nation, and on December 12, , the population reached 25. On December 14, Fortuna fighters pearled controversial play Zach (under the username KyleRittenhouse), who had previously pearled two other newfriends claiming "self-defense."[2]

Fortuna's playerbase would depart the server around New Years Day 2022 due to constant raids by various opposition groups.[3] 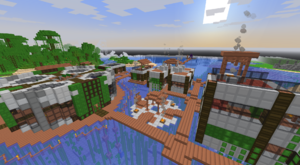 Fortuna controlled a 1k square area around 0,0. The area closest to 0,0 is a dense jungle which often slows travel. To the south are less dense forest biomes and taigas. To the north is the Fortuna Sea. Fortuna borders St. Lola to the east.

Retrieved from "https://civwiki.org/w/index.php?title=Fortuna&oldid=48412"
Categories:
Cookies help us deliver our services. By using our services, you agree to our use of cookies.