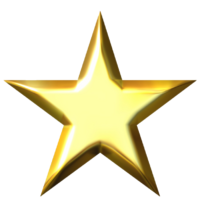 Binchymonkey is a Chad Civ Player. Binchymonkey started playing Civ as one of the founders of Otonabee (CivRealms) on March 17th, 2020. Binchy started his infamous shittery with his pearling by the nation of Yamato for unknowingly attempting to raid a bunker by breaking a snitch placed on the outside. Once free, Binchy joined his comrades on the mainland to begin building their nation, and building his reputation. Binchy was just your average civ player for quite awhile, just mining and building, helping out his nation, and being a centrist.

At the beginning of the first Hell War, Binchy was called to arms by his fellow Otonabees (the peoples of Otonabee) to protect Varathia from the group known as "Hell Gang". Being new to civ and Minecraft PVP in general, Binchy showed up in Fire Protection 4 and very few health potions, which inevitably led to his second pearling during the first battle of the Hell War. Binchy lead propaganda campaigns on the subreddit asking for himself to be freed, finally gaining freedom after the hell vault break. Binchy received Reparation's post-war, including a full prot set and god tools, which led to his PVP shitter arc later on. In the time between Hell War and Second Hell War Binchy laid low, building beet farms and in general having a pretty swell time. Within that time period Binchymonkey earned the title of "resident shitter" for his antics towards the government of his home nation Otonabee and his desire for PVP.

Perhaps a month before the beginning of the Second Hell War, Binchy's thirst for PVP began to get to him, leading to him hanging out with the Zoomers in Chungus, the main activity center in Cantina. He befriended notable zoomer and Cantina Council Member, Yaahya and from there he began his true shitter arc. He first Began his antics with aiding the zoomers with the log boxing of Vespasian, one of the many events that lead up too the war. Binchy began hanging out with the zoomers more and more, participating in teamfights and in-server operations. While this was happening, Olympia was getting more and more aggressive towards in the east - a war was brewing. Just before the war, Binchy's home nation, Otonabee, joined Varathia to create the Otona-Varathian Empire - move that Binchy was highly opposed to being a extremist otonabee nationalist. With the beginning of the second hell war came Binchy's third pearling. He was on his way to Tel Adam, a trade city north of Olympia. Otonabee had constructed a horse path to allow travel to and from Tel Adam - which passed through the hell vault EZ. While tabbed out to check on commotion in the cantina discord (they were prepping to attack olympia), Binchy was attacked by Olympian PvPers outside of hell vault, getting knocked into the trench and pearled. Binchy pleaded on the subreddit that he was just going to purchase dirt, and the leaders of cantina and Otonabee eventually secured his release. after this unfortunate event, Binchy was down a prot set, but fortunately he was able to pull one together for the beginning of the second hell war. he did other shit on civrealms but dead server LOL!!!! and he dosent feel like finisshing this esection.

In Civclassics, binchymonkey started his career in a raidere crew of otronabee citizens, who prompltly raided icenia and were pearled and held, this would become a trend. after raiding icenia a first time, he was pearled for raiding imperial truidence, then pearled for 6 months by varkonia for raiding a gabon bread store and starving 30 thousand orphans. once free, binchymokey would continue too be pearled a few times because hes based n shit. he got pearled during march madness by chosentwicelol.

he curently resides in icenia, is a member of governement and militia, and sometimes maybe pvps (tier 3 cant improve) :) 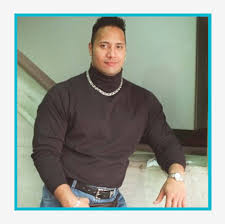 this is me
graphbinchymonkey uses alotr of benadryl and sometimes has schizophrenic episodes in icenia governement chat. 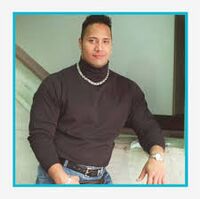 this is me
This is me

Retrieved from "https://civwiki.org/w/index.php?title=Based:Binchymonkey&oldid=43047"
Categories:
Cookies help us deliver our services. By using our services, you agree to our use of cookies.