From CivWiki
(Redirected from Asira)
Jump to navigation Jump to search
The Republic of Asiro was a republic in the +, + quadrant. It bordered Order of the Knights of Templar, Brotherhood of Steel, Ossenkirch, and Akai. It was a federation of seven different states under a unified central government. It was formerly an autonomous state under Vítelia.

The Senate of Asiro was a unicameral senate with 5 Senators who represent each of the 4 states and 1 capital district.

The Senate could overrule the Chancellor with a 4/5 majority.

On that same day, it had changed its name from The Fifth Federal Republic of Georgia to The Republic of Asiro.

Diora was a capital district which was administered by the federal government. Citizens could still vote in elections and also get a representatives in the Senate.

The States' Government had a Governor in charge of administering the state. Governors were elected via a popular vote from their state. 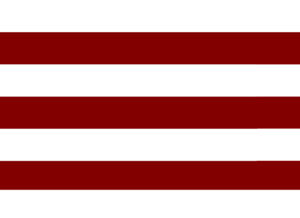 Old Flag of Georgia
Retrieved from "https://civwiki.org/w/index.php?title=Asiro&oldid=42460"
Categories:
Cookies help us deliver our services. By using our services, you agree to our use of cookies.