The party was founded on the 6th of July by Zeldronix after it became clear that the ATNPP had fallen out of favour with the people when given the choice between the then newly formed religious conservative-to-reactionary ATP and the more outwardly extreme Jingoist ATNPP in a public survey conducted by himself. The party gained only one vote in the survey and it was clear that a more left wing party was needed to fill a void in the Truidencian political sphere, and Zeldronix intended to fill that void before anyone else would, while still keeping true to his devotion to Bez and many of the core policies proposed by his late party such as "The People Comes First". 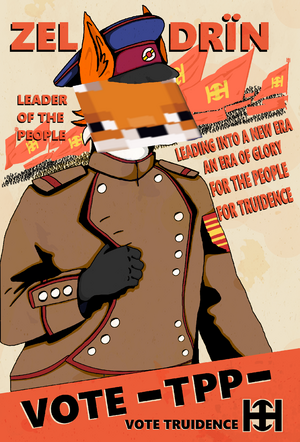 The party has a policy of "The People Comes First" With which they seek to: 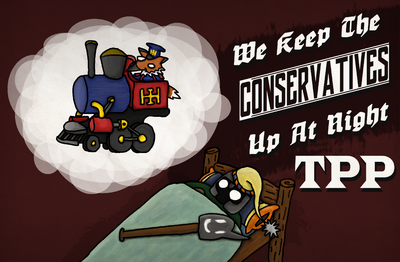 While not rambling about Bez the party has it’s goals. These include

The party defines all those who are believers of The True Faith to be Truidencians, whether or not they are citizens or even live in Imperial Truidence. They wish them to eventually "return home" or make their current home a part of Truidence itself. They have given this movement the name "Pan-Truidencianism". Eon was the first Bezist nation besides Truidence and the first dominion to join Truidence, thus proving Pan-Truidencianism to be a working stratagy to expand the empire peacefully. Zeldronix and his party has taken the credit for this with being the ones who started the negotiations and being the creators of the new concept and laws of imperial dominions as part of the greater empire.

Retrieved from "https://civwiki.org/w/index.php?title=Truidencian_People%27s_Party&oldid=42851"
Category:
Cookies help us deliver our services. By using our services, you agree to our use of cookies.