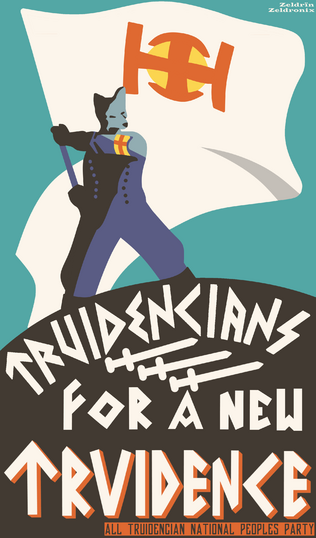 A poster advocating for a new order.
The All-Truidencian National People's Party (ATNPP) was a political party in Imperial Truidence advocating for Populism, Radical Bezism and Truidencian Nationalism. The party was founded on the 10th of february 2021 by Zeldronix after his return to the server and subsequent participation in the elections. The party's leader represented the party in senate on two occasions. 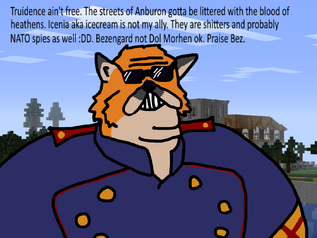 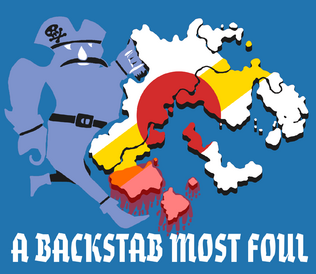 Anti-Icenia poster where mainland icenia has been drawn as a pirate with lands claimed by ATNPP dripping with blood.

Zeldronix vowed on many occasions to reconquer "lost territories" in the pursuit of creating "Greater Truidence", an irredentist state encompassing several conquered territories such as Rubicon and Nexton, which would have been "retaken" from Icenia due to their proximity to mainland Truidence and lack of local Icenian administration and population. The party believed Truidence could find a better usage for it’s new lands than it’s previous owners. 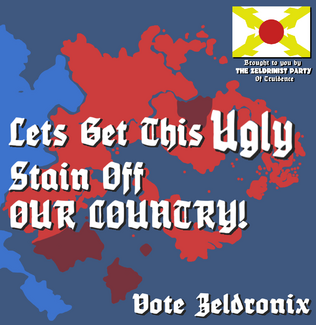 A poster used by the predecessor of ATNPP, The Zeldrinist Party

Whether or not the party actually believed in the creation of Greater Truidence matters little as the only outcome of their vows was publicity, and one can easily accuse the whole thing of having been a publicity stunt gone too far.

(I am very much aware of what this looks like, but know that I don't support alt-right populism or anything similar. The symbolism and look of the party was made to imitate that of fascist and national populist movements from our own history. But its goals and itentity is entirely based in the CivClassic universe with no reference to our own world. Any symbols used that has any meaning or form in our real world is likely purely coincidental and are not intended to be interpreted as they are in real life). 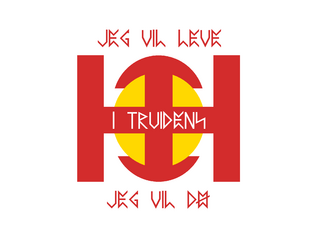 An alternative version of the party flag with text
Retrieved from "https://civwiki.org/w/index.php?title=All-Truidencian_National_People%27s_Party&oldid=39598"
Category:
Cookies help us deliver our services. By using our services, you agree to our use of cookies.