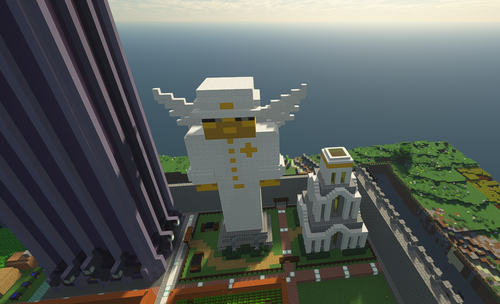 November 18, 2019. The beginning of one of the coolest stories in the server. Twinkie joined for the first time, with no prior civ experience, fresh from buying Red Dead Redemption 2 for PC, and some epic Oklahomie heritage, the adventure begins with the short-lived dream of starting an outlaw group. 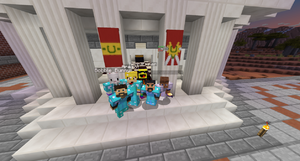 Twinkie spawned in the territory of Moloka and met the locals where his friend who introduced him to the server was living, gathering some basic knowledge of how to play, before heading out on a 7-hour raiding spree that would span from southeast Norlund to the Carbon Island, and that would come to an end by getting pearled in I.C.O.R while trying to break into flexionalmc's house. Twinkie had no idea at the time what a pearl was until he got to experience it, but lucky I.C.O.R was merciful and let him out the next day. That pearling would be the first of many, but as also the beginning of a pretty good friendship.

After release the next day, Twinkie explored around the world, and even visited Alexandria just in time for a group picture at their new bank. He then stole one of their horses, and rode back out west to start his nation, Oklahoma.

Oklahoma started out west where there was a lot of unclaimed land. Twinkie, on a horse stolen from Alexandria, started the beginnings of his first town with another fellow newfriend he met on the way to the location, but that newfriend would later get banned for being 12. A section of land along the Crimeo River would be claimed, and there started the town with a small wheat field, and the Oklahoma Mine. The Oklahomans didn't know about the Aqua Nether yet, so they got their stone and ores from the ground. 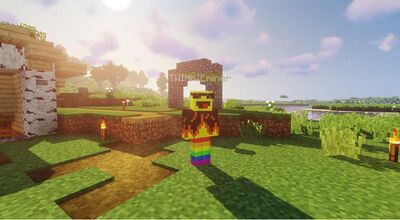 Twinkie established the Town of Mcloud up on the hill from the river, and the western theme town was built without a bastion. Buildings such as the Broke Back Saloon were designed and built in the town to the the strict building code in hopes to create the perfect western city.

Twinkie was the governor of Oklahoma, and would establish the "southern hospitality" communism policy of everyone placing and sharing materials in the community chests. Oklahoma also had an optional tax so that people could donate their daily stamina to the nation, Oklahoma didn't have hardly any factories and there were no stores anywhere close, so stamina was relatively useless for everyone and just filled Twinkie's pockets. That stamina was mainly used to help Oklahomans get their stamina up if it ever dipped under 25 so that they wouldn't get stamina banned.

Twinkie would later negotiate an alliance between Oklahoma and The Chicago Empire, and get access for Oklahomans to use the AN portal in the Incan Ruins.

Conflict arose when the neighboring one man nation of Aurora ran by YelloFishy decided to try and start claiming all the avaliable around Oklahoma to land lock them. Twinkie would end up killing YelloFishy in McLoud, and later pearl him in Woodward when he figured out you're suppose to have the pearl in your hotbar to use it. Yello's pearl was stored in a single layer of DRO under the town of McLoud, and would be released a couple days later by Yoritomo_, because the Oklahoman's didn't know how to use snitches yet.

I got bored of writing but basically Chicago Empire was a hoe, Oklahoma v Moloka war, hella reps and debt, Western Empire forms, Western Empire breaks Chicago and eats a few states, I get pearled by moloka for trespassing on Vietnam's land trying to take the AN for the empire, pearled for a long time, fund Ez2 against Moloka, I get freed, rob Varathia's bank on an alt and use the Stamina to buy 11 CivCorp plots, WW1 breaks out, fund Ez2 because they're cool, flatten Unitas' infrastructure during the war, sell those CivCorp plots to make more stamina and buy more plots, get pearled for the bank robbery, spend a month in Heaven Vault but make hella stamina while pearled, Western Empire is overthrown and becomes Savaguard, pay my reps to Varathia's bank and to Penguin for him covering the debt from the war against Moloka, move to Alexandria, sail to discover and name The Thomas Archipelago after myself and map it for the first time publicly, get attacked by Saren in the AN and perma banned for exploiting to escape, Elected Representative of Alexandria 2 months in a row, while banned: sell schematics, run businesses, rent CivCorp plots, pay dues and whatever else from the great beyond; ask to be unbanned on october 1st and crimeo agrees, win the Alexandrian Representative election but the vote is veto'd, coup alexandria and build Pathogen "Vault", get permanently banned for breaking multiple rules. The End.

[To be added with citations of controversies]

Retrieved from "https://civwiki.org/w/index.php?title=TWINKIEminer&oldid=32117"
Categories:
Cookies help us deliver our services. By using our services, you agree to our use of cookies.