Marchioness Vriskalicious Hoshikuzu of Purazi (formerly Governess Vriskalicious of Tanganyanka) was the First Minister of Nyasaland from 23rd March 2019 until 7th April 2019 for the NWP. Her short ministerial term was due to the enactment of a new constitution for the establishment of the Commonwealth of Nyasaland. 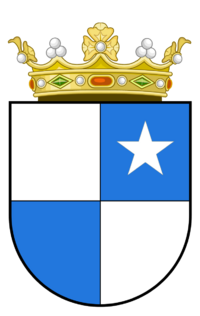 The coat of arms of the Hoshikuzu (星屑) dynasty
.
Retrieved from "https://civwiki.org/w/index.php?title=Thewizoid&oldid=20021"
Category:
Cookies help us deliver our services. By using our services, you agree to our use of cookies.