Beretism is a religion centered around the worship of Minecraft YouTuber "RedBeret". It sees its highest concentration of following in Beretia, of which it is the state religion. For information not included within this page, either contact your local priest or find yourself a set of the Books of Beret, the religion's holy texts.

Practitioners of Beretism must follow a number of tenets and principles, which are listed here:

I.) Keep yourself busy, build massive structures in the name of the Beret!

II.) Do not falter in your faith, for he who does is a sure forebear of uselessness, just as the Bat* was.

III.) In this New World, you must wear upon your head a leather hat of red when not in combat as it will signify you as a follower.

IV.) We must dedicate ourselves to His word, and follow it.

V.) Be merry, for if you follow the way of Redberet, you will have everlasting peace.

VI.) Glorious is he who spreads the word, even in the face of adversaries and challenges such as those that populate our world.

VII.) Do not feel threatened when people persecute you in His name, for His armies are more than can be fathomed in this world.

VIII.) So, spread the word my friends, and help all other people know the truth that is the Kingdom of Redberet.

IX.) You who farm, you feed the men and women that protect us and spread the word.

X.) You who build great structures, make them in his name, and be valiant in your creations.

XI.) You who master the art of battle and fight his wars, protect his name and follow his law.

XII.) All who serve Him shall follow His law and they who help interpret and enforce it.

XIII.) Listen to your governments, but also follow His rule.

XIV.) If man tries to restrict your belief in Him, leave them and find safe harbour in another land.

XV.) Even when you do not work, honor Him by wearing a red leather helm.

*The Bat is an infernal figure in Beretism; the foil of Beret

There are a number of Beretist churches around the world of CivClassics. Below is a list of the locations current churches: 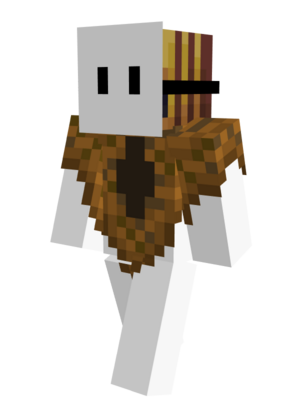 Elioto8, first Archpriest of Beretia
Retrieved from "https://civwiki.org/w/index.php?title=Beretism&oldid=44035"
Category:
Cookies help us deliver our services. By using our services, you agree to our use of cookies.