From CivWiki
(Redirected from CivUniverse 1.0)
Jump to navigation Jump to search 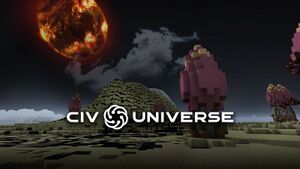 On the evening of January 7, 2021, the administration was alerted to suspicious activity by one of the former developers on the server. After a thorough investigation, it was determined that spacejeanss (aka. ubcd) inserted a command that converted a single item into a full item stack, allowing anyone to duplicate stackable items. The server was abruptly taken down to remove the offending command. The blocks duplicated by ubcd and man_page were located and removed. Both players received a permanent ban for exploits.

2. Doxxing, Targeted Harassment, Out-of-game Harassment, and Illegal Activity are NOT permitted. This includes, but is not limited to, false accusations, swatting, threats of DDoS, threats of violence, and threats of doxxing.

Discord policy:
Community members are free to create and moderate their own Discords in conjunction with CivUniverse. We do not moderate external Discords and players should use them at their own risk. Evidence of external Discords being used for doxxing or illegal activity will result in a ban against those that participated including those that were aware of but did not bring to our attention the existence of such threat.

Retrieved from "https://civwiki.org/w/index.php?title=CivUniverse&oldid=45390"
Category:
Cookies help us deliver our services. By using our services, you agree to our use of cookies.