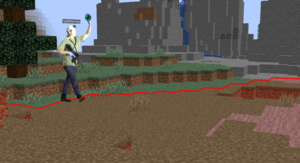 On the 31st of December 2021, the seed of the server's map (which is a vanilla Minecraft world) was leaked, and players used this to their advantage by taking the coordinates of diamond veins. Owain stated that this was not against the server rules, and because of this and the seemingly slow speed at which hackers were banned, the player count began to drop quickly, with large nations like Fortuna and Casson dissolving.[10][11] Previously controversial players were also banned for criticising and trolling Owain.

Retrieved from "https://civwiki.org/w/index.php?title=CivRev&oldid=46428"
Categories:
Cookies help us deliver our services. By using our services, you agree to our use of cookies.