CivReign is an in-development civ server currently in open beta, whose development was announced publicly on the 12th of November, 2021[1]. The public beta was released on April 9th, 2022, the information of joining can be found on the Discord found on this wiki page, verification being required, via by DMing select staff members (namely those with their names modified to show "DM ME FOR VERIFICATION"). The goal of CivReign is to innovate the civ genre by expanding the tech tree by building off old plugins and introducing new plugins such as Smeltery and Descent.

CivReign had been in development since August 2021, but it was publicly announced on November 12th, 2021. The server was initially planned to be run on 1.12.2 but an expansion of the staff team allowed the server version to be moved to 1.16.5. The administration initially communicated to the community through DevDiaries posted on the subreddit. The alpha of the server was initially planned to be launched on January 22nd, but due to a lack of factory configurations it had to be delayed. The project remained inactive until it was announced that CivRev would be merging with CivReign to centralize development, with CivRev acting as a test server. After more config work was done, the server pre-alpha was announced on February 22nd and launched on February 24th for patrons and their invitees only. A public beta was announced on March 28th, with a launch date of April 9th. It is unknown how long the beta will last.

Released on April 9th, 12 PM (EST), on 2022, the beta saw various successes, albeit with some much needed fixes. A tournament was held as well, to help rally up support, (along with giving people something to do during a much-needed reset to fix some problems with the resource pack), and was won by Bob_The_Builder after some minor errors allowed them to be respawned and duel off against a previous opponent, winning themselves a 20 dollar gift card. The beta continues on currently, with the staff team applying fixes whilst they are able. 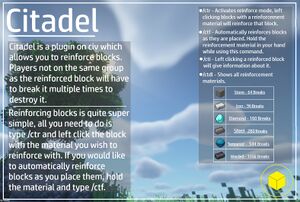 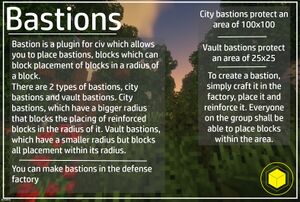 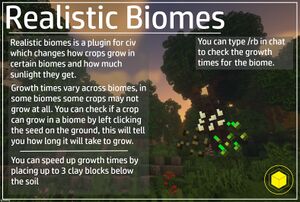 After the official end of CivEx, Descent was left without a home, until the suggestion of the Reign staff team led to Kannon contacted Samnrad and EarthComputer about their plugin, eventually leading to the pair officially joining the Reign's team, finishing the final touches on their plugin (Descent was essentially finished by the end of CivEx).

In game, Descent "caves" are spawned randomly when mining and are shown as shulker boxes but have a custom look when using the server texture pack. To enter a cave, a player must click on the chat message and they will be teleported to a new dimension. A player can leave the cave by either exiting through the same portal or by typing /descent leave in chat, however this has a 15 minute cooldown. Each cave is procedurally generated and therefore has it's own unique mobs, ores, fauna, and terrain. These caves are necessary to obtain certain materials that are not available in the default dimension but are required to advance along the tech-tree. 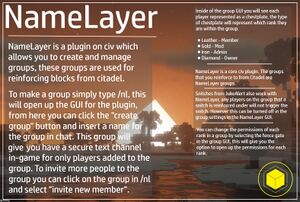 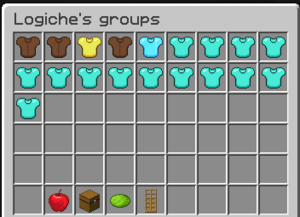 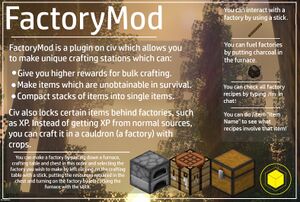 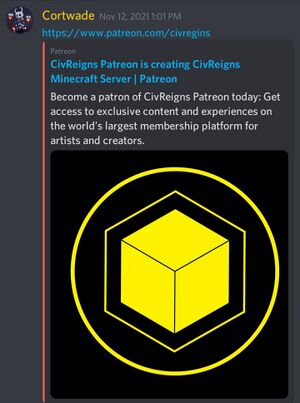 The start of the CivRegin meme
Retrieved from "https://civwiki.org/w/index.php?title=CivReign&oldid=48630"
Categories:
Cookies help us deliver our services. By using our services, you agree to our use of cookies.